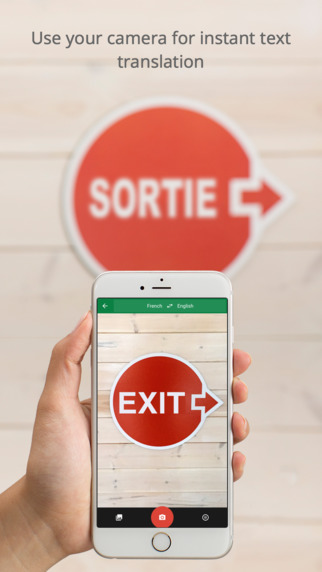 A travel app must have.

September 24, 2015
Comments Off on A travel app must have.
By admin

Google does it again! One of the challenges most of us face when traveling abroad is the obvious language barrier.  Before embarking on your next foreign journey, download this app so when encounter text or spoken language you can’t understand, this app will prove to be your new best friend.

The Translate app already allowed you to take a picture of text and have it translated in up to 36 languages. But now you can get instant translation thanks to the integration of Word Lens, the visual translation app that Google acquired last year. Simply point your camera at the foreign text, and the translation will instantly appear right on top of it (no Internet or data connection needed). This feature currently supports the translation of English to and from French, German, Italian, Portuguese, Russian, and Spanish. Tres Cool!

This amazing app now automatically detects which language is also being spoken, so you can have a fluid conversation with real-time translation. It’s almost like having a live interpreter in your pocket. Check out this video to see it in action.

Both features come in the latest Google Translate update, which is now available for iOS and Android.